Elizabeth (“Lisa”) Dobosiewicz has more than 20 years of specialized experience in the field of immigration law.  She began her legal career as a Trial Attorney with the former Immigration & Naturalization Service (INS) after graduating from law school.  Ms. Dobosiewicz was hired through the Attorney General’s Honors Program to work at the INS District Office in New York City, one of the largest and busiest field offices in the country.  She later transferred to the INS District Office in Philadelphia, where she was promoted to the position of Deputy District Counsel.  During her tenure with the Government, she represented the INS in all matters before the Immigration Courts and Board of Immigration Appeals, including highly complex criminal issues, and matters involving national security, fraud and employer sanctions cases.  She also served as the point of contact for various U.S. Attorney’s Offices, the Office of Immigration Litigation, and the Office of Special Investigation in matters involving former Nazi guards.  She was awarded the INS Commissioner’s Attorney of the Year award in 1996 for outstanding service.

In 1999, Ms. Dobosiewicz left the Government and entered private practice with one of the largest law firms in her hometown of Buffalo, New York.  There, she gained extensive experience in business immigration matters, representing multi-national corporations and their employees in a variety of employment-based applications, including TN, L-1, H-1B, O and P visas, and green card applications.  Buffalo’s proximity to the Canadian border also afforded her the opportunity to personally represent clients before U.S. Customs and Border Protection (CBP), and use her zealous advocacy skills to address complex legal issues with CBP officials at the ports of entry.  Her ability to expertly assist clients with cross-border employment transfers earned her an excellent reputation in the realm of business immigration.

As a Partner in her own firm, Ms. Dobosiewicz continues to represent multinational corporations in employment-based immigration matters, and also handles all family-based immigration applications for the firm.  She represents clients in all matters before USCIS, CBP, ICE, and the Immigration Courts, as well as U.S. Embassies and Consulates around the world.  Her extensive litigation experience as an INS prosecutor provides her with a unique perspective on client strategy development.  Her widespread work experience, combined with her knowledge of U.S. immigration law, gives her the skill set needed to handle the most complex immigration matters for her clients.

Ms. Dobosiewicz has been a frequent speaker at legal and corporate seminars addressing business and family-based immigration law topics.  She is a member of the American Immigration Lawyers Association (AILA), and previously served as Chapter Chair of the AILA Upstate NY Chapter.  She also has served on various government liaison committees on a local and national level. 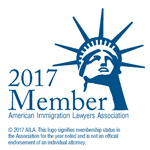 I call Mr. Kurt Saccone a life saver. I had 5 days left to leave the country when one of my friends referred him to me. His professionalism, honesty, integrity, and knowledge made me believe in him; after going through so many lawyers in the capital region. He made me feel comfortable and safe and he worked really hard to save me and my family. After 8 years, I'm still here running my business and supporting my sons financially and emotionally while they're in college. Without Mr. Saccone I would not be here and my sons would never have been able to go to college. Again, I call him... a life saver. He is the best thing to ever happen to me and my family. I wish him a lot of success with the new business that he opened in Schenectady, NY. I would recommend him over and over again, for the rest of my life.

Elizabeth J. Dobosiewicz has been impressive from the day she came and met me in jail in 2012, I worked so hard for 13 years and paid a lot of lawyers a lot of money to get my papers sorted out but all for nothing. Elizabeth is trustworthy she doesn't promise you anything unless she can deliver. She is very resposibale and knowledgeable and after 13 years in this country she helped me get a GREEN CARD. I'm so thankful for her hard work. I defiantly recommend her to any immigrant that is struggling to get their status straightened out. Thank You Elizabeth J. Dobosiewicz for your service now I can finally go back home and visit my family.